Impact testing is not mandatory for if they satisfy all of the following, 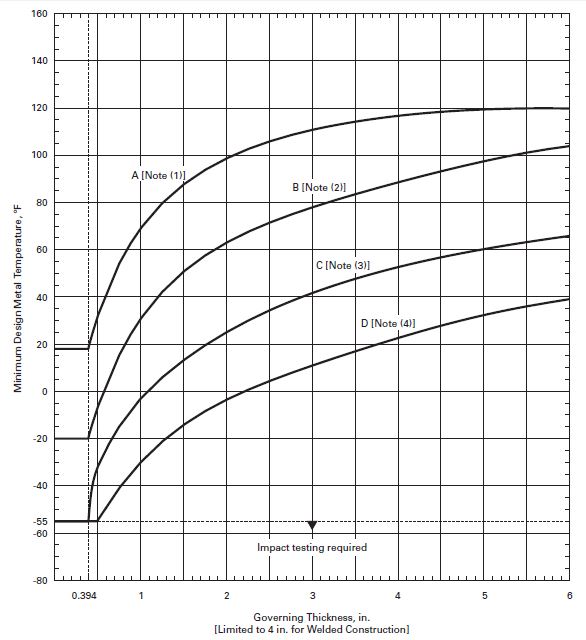 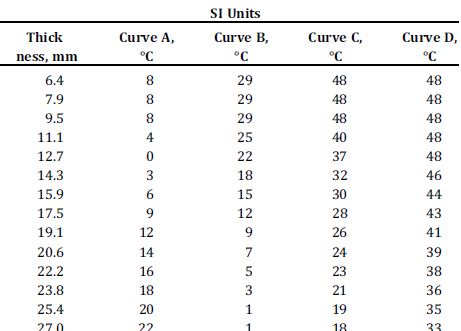 Table UCS-66: Tabular values for Fig. UCS-66
Exemption for welded and non-welded parts are described in this section as follows: 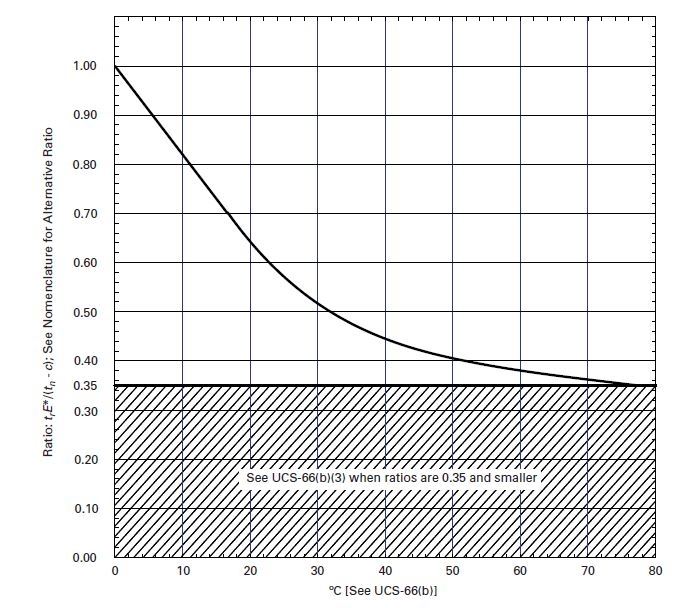 No impact testing is required for UCS materials 2.5mm in thickness and thinner but such exempted materials shall not be used at design metal temperatures less than -48°C.
For vessels or components made from DN 100 or smaller tubes or pipe of P-No. 1 materials, the following exemptions from impact testing are also permitted as a function of the material specified minimum yield strength (SMYS) for metal temperatures of -105°C and warmer:

Unless specifically exempted in UCS-66, materials having a specified minimum yield strength greater than 450 MPa must be impact tested

If post weld heat treatment is performed when it is not otherwise a requirement of this division, a 17°C reduction in impact testing exemption temperature may be given to the minimum permissible temperature from Fig. UCS-66 for P. No. 1 materials.